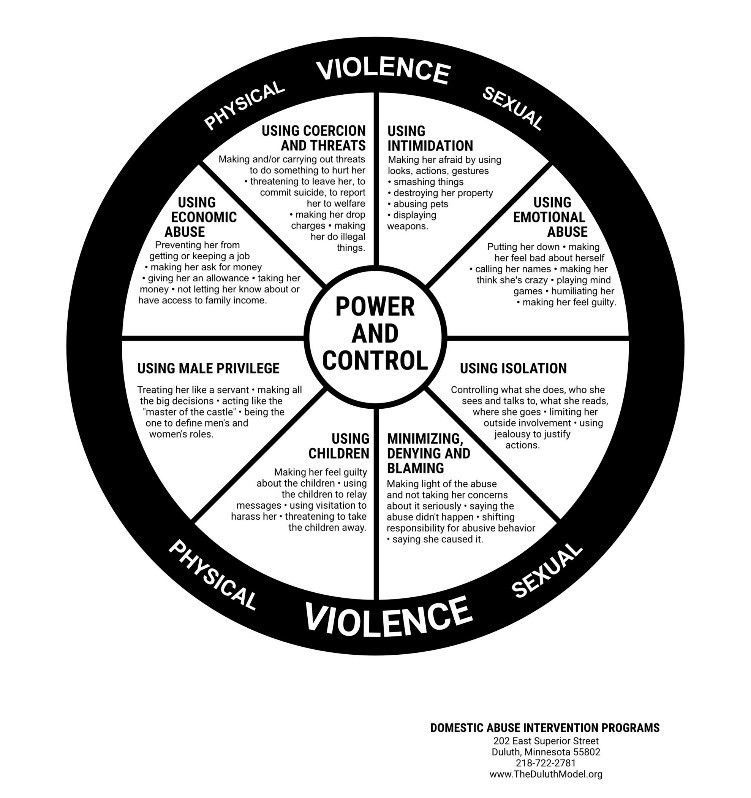 Domestic Violence is a pattern of behaviors used by one partner to maintain power and control over another partner in an intimate relationship.

Abuse is more than physical violence.

Physical and sexual assaults, or threats of these types of abuse, are the types of abuse that are most apparent and easier to be seen and documented. Most often other types of abuse are used and then reinforced by physical violence.

The Power and Control Wheel is useful to get an idea of the overall pattern of abuse and violent behaviors used by abusers to establish and maintain control over their partners, both within and following a relationship. These other types of abuse are not as easily identified but they firmly establish a pattern of intimidation and control in the relationship.

There can be periods of time where things may be calmer, but those times are followed up by a buildup of tension and abuse, which usually results in the abuser peaking with intensified abuse. The cycle then repeats and can intensify over time. Each relationship is different so these patterns of abuse can look different.

Thank you to our generous sponsors: